SALARY sacrifice is a formal agreement between employee and employer to sacrifice some salary for a new car.

Salary sacrifice is sometimes used as an alternative to the provision of a company car.

However, Chancellor Philip Hammond announced changes from April 2017 in the 2016 Autumn Statement. This reduces some of the previous tax and NIC advantages of salary sacrifice under new OpRA rules.  However, cars with emissions under 75g/km CO2 remain highly attractive under salary sacrifice schemes.

I’ve heard about OpRA and salary sacrifice – what it is it?

The employee agrees to take a lower salary  – with income tax and National Insurance then based on the net income – and in return for the amount of sacrificed salary receives a benefit such as a brand new lease car.

Apart from the kudos of driving one of the latest lower-emission car models, and benefits in terms of fuel economy and road safety, it’s beneficial for the employee if the tax on the benefit – such as benefit in kind (BIK) tax – works out less than the tax on the difference in full salary.

They can sacrifice as much salary as they like, providing it does not leave the net sum below the National Minimum Wage.

And it’s also beneficial for the employer who saves on the employee’s sacrificed salary and Class 1 National Insurance, instead paying for the car lease and Class 1A NIC on the BIK.

Salary sacrifice can be a powerful way to offer a new and significant employment benefit to non-car eligible staff or car eligible staff who elect to take cash to run their own car instead of a traditional company car – a cash-for-car system that has lost its attraction with the latest ruling that if cash is offered instead of a company car, then the BIK tax will be applied on the higher of the cash sum or the car BIK.

READ  How to work out your hybrid car tax

Salary sacrifice leverages the employer’s tax and commercial position to the benefit its employees.

So how does salary sacrifice work, then?

Well, since BIK company car tax rates for environmentally-friendly cars are, in 2017, as little as 9% of their P11D value, it is often cheaper for an employee to take a car as a taxable benefit instead of buying or leasing one privately out of their after-tax salary.

You can think of salary sacrifice as a way to offer employees who want new cars the opportunity to swap some of their salary for a benefit in a way that actually reduces their tax bill.

Also, because corporate discounts are often available on these cars, it saves them money on the car too. There are also significant National Insurance savings for the employer.

The rules changed in the 2016 Autumn Statement, effective on new agreements from 6 April 2017 while the tax rules on older ones continue until April 2021.

Put simply, on cars emitting over 75g/km CO2 the employee is taxed on the higher amount of either BIK for the car or the salary sacrificed. Ultra low emission cars (ULEVs) under 75g/km CO2 – such as hybrids – are not affected, and choosing one of these benefits both employee and employer.

However as a guide it was also announced in the Autumn Statement that the company car tax bandings for 2020/21 will define ULEVs as up to 50g/km.

Salary sacrifice fleet management specialist Tusker says: “While the recent changes have meant that the way cars are taxed has altered a little, it hasn’t affected their availability, nor their attractiveness. The actual financial impact has been minimal.”

Tusker says it has continued to see an increase in orders, with the company’s best ever start to a year in 2017. The company puts the continued interest in salary sacrifice for cars down to the wider advantages in implementing a scheme.

For most salary sacrifice drivers there are still significant savings to be made through a scheme.  These savings can be made through NI, and where applicable, pension savings.

Interestingly, Tusker’s research found that “only 3% join because of tax savings, with 77% joining the scheme because of the all-inclusive, hassle free package, which offers great value against other methods of driving a brand new car.”

And it said: “They have proved to be hugely popular among employers wishing to increase staff motivation and engagement.  Because a car is such a valuable benefit, employers are using them to recruit and retain the best people.  What’s more, there is no cost to employers to set a scheme up.”

Paul Gilshan, CMO of Tusker, comments:  “With all the talk around salary sacrifice schemes it is easy to understand why some people are confused about the changes which the Government has announced.  However, all of the benefits, both to drivers and to their employers, remain, and have now been endorsed by the Government, providing clarity and certainty for their future.”

In theory, your business could acquire cars itself and set up its own internal scheme. However, a ready-made scheme from a car leasing company not only takes away all the administrative hassle but the leasing company can also pass on the benefit of the volume-related price discounts it negotiates with car manufacturers.

The leasing company may also offer additional features such as online quoting and ordering as well as motor insurance and early termination insurance, which covers against any potential charges if an employee leaves in mid-contract.

What salary sacrifice can do for your business

The second generation of the 5008 ditched the MPV style in favour of an SUV look, and why not with…
READ MORE
Share this article 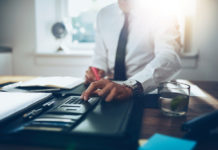 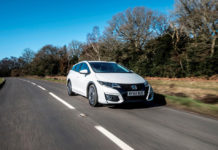 How to manage a company car programme 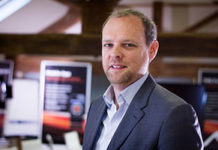 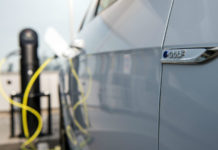 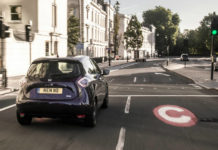