Business Motoring
Home Car news and reviews Review Hyundai ix35 Fuel Cell: Having a gas in London with ‘A...
Share this article

WITH all the negative news around diesel engines right now, Hyundai couldn’t have chosen a better time to conduct its 2005-mile ‘survey’ of London streets in its  hydrogen-fuelled Hyundai ix35 Fuel Cell SUV.

The stunt, designed to create a seamless photograph of the nearside view of every street in the Capital, celebrates ten years of Hyundai Motor UK, when in 2005 the company was formed as an official global subsidiary.

‘A Streetcar Named Hyundai’ involves driving, photographing and filming all 2005 miles of central London’s streets as defined by ‘The Knowledge’.

And I was asked to take on a small section of the drive from Savoy Street to Smithfield Market taking in some of the tiny back lanes I remember so well from my ne’er-do-well times as a young journalist on Fleet Street.

A stock hydrogen fuel cell ix35 was kitted up with a wheel-mounted trigger to operate a camera in a roof trunk to create the first ever single mosaic image of up to 650,000 street pictures and a 200.5 second time lapse video of the whole journey.

I’d driven fuel cell prototypes at Hyundai’s South Korean testing facility and the roadgoing version is even more silent and effortless to use through London’s clogged and polluted streets.

So it was with a certain sense of the holier-than-thou that I cruised the streets, sticking to below 25mph so as not to disturb the filming sequence, with the car’s tailgate sticker boldly announcing ‘I emit nothing but water’.

The driver also enjoys the satisfying knowledge that denizens of London will suffer no more health issues from the car’s exhaust pipes than frizzing the odd perm with humid air!

It boasts a 136PS electric motor, allowing it to reach a maximum speed of 100mph with a 0-62mph sprint time of 12.5secs. Two hydrogen storage tanks, with a total capacity of 5.64kg, enable the vehicle to travel a claimed total of up to 369 miles on a single fill and it can reliably start in temperatures as low as minus 25 Celsius. Service stations charge £11 a kilo so a full tank will cost about £62.

Naturally, with just a fledgling network of fuel stations providing hydrogen, owners still have to plan ahead for refuelling but, with a claimed range of nearly 370 miles, the technology makes a lot more sense for the company car driver than other green options such as electric vehicles.

Mulling over that thought as I crawled through the back lanes skirting the Inns of Court, the prospect of whether urban company cars of the future will be electric or hydrogen must very much depend on which one gets the infrastructure in place.

Early adopters are always the ones to bear the biggest costs and the ix35 Fuel Cell comes with a whopping price tag of £53,105 and would only attract small businesses with a green axe to grind.

But, for the moment, Hyundai are rightly proud of getting the first commercially available hydrogen fuel cell on UK roads.

“Today Hyundais are also bought because of the technology and comfort that they offer – but the number one reason for purchase is actually because of how the vehicles now look.

“A Streetcar Named Hyundai is another ‘first’ from us that marks our journey from 2005.”

The 50-day drive in the Hyundai ix35 Fuel Cell, mapped out in conjunction with Ordnance Survey, will be completed by 19 November 2015. 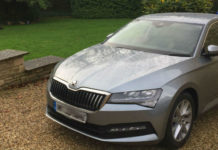 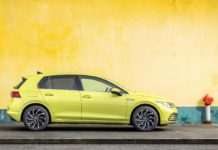