YOU can’t blame people for wanting to get the biggest and best they can get from their lease deal, but in more austere times and with pressure to reduce emissions and fuel consumption in cities, there are increasing reasons to downsize – something smaller but with big ideas maybe?

With an eye particularly on SMEs, Nissan believes there is a chance to tip the balance more in favour of corporate sales with its new Micra, launched earlier this year and which has already sold 8,000 models in the UK. So here are 10 reasons for leasing the new Micra.

If you’re considering leasing the new Nissan Micra, check out the latest engine, which is the 1-litre 3-cylinder, a nice responsive unit which gives off the characteristic three-pot growl but runs out of puff fairly quickly under hard acceleration, but, hey, this is a car for the urban roads not a tarmac burner.

That said the new Micra sits happily at motorway speeds without any obtrusive noise. What noise there is you can always drown out with the Bose sound system which is more than capable of splitting an eardrum or two.

Inside, the seating position has been lowered which not only provides more headroom but adds to the more sporty aura which surrounds the latest generation. We like the increased use of softer materials around the dashboard area – softer being the operative word, it’s not plush soft. Intrumentation is neat and easy to read and there are, as mentioned, plenty of big car technologies to make life on board easier.

As much as it feels like a larger car, there is no escaping the fact that this is a B-segment supermini model and in corporate terms, size often matters and that’s where Nissan has a job to do – persuading SMEs and corporate buyers that the Micra can do a serious job for them.

But you’ve read our 10 reasons to lease the Micra – in the age of downsizing, the Micra packs a big punch. 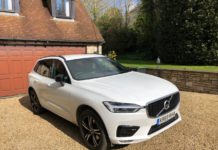 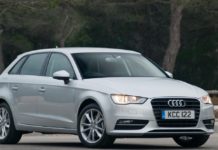